Unusually, slept late today, not something I do very often but then I was later to bed than usual as I put out that blog late last night on The Real Cost of out of Control Capitalism! , so didn't get up till 10 AM!


Had some toast for brekkie and had intended to do little today with the start of the Tour De France, 3 weeks of great cycling. 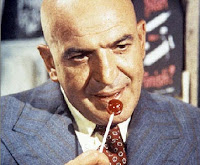 After breakfast went to get showered and dressed thinking I would have a quick 30 minute walk before settling in front of the telly! Started to trim my beard and then decided to shave the whole lot off, all I need now is a lollipop and Theopopulos Kojak is reborn!


Half way through the 'shave' the batteries ran out in my shaver/trimmer (another one to add to the 'Real Laws' over at Julia R Baretts Blog - When you start to trim your beard / hair, the batteries run out half way through leaving you looking like a demented halfwit who hasn't understood the term 'mohican cut') 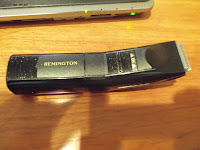 But, as luck would have it I was looking for a battery on Thursday and found all the double AA's in the 'to be recharged box' and so had recharged 12 batteries over the course of the last two days, so sometimes shit does miss you!

So, having changed the three batteries, mind you I should also say here that my little trimmer has stood me in good stead over the years, having purchased it in Germany circa 1980, so some goods do have staying power, well done Mr Remington.... I finished the shave and cut.

It's now 1 Pm and the TDF starts in an hour, time to get a move on still to have a walk and visit the shops for a couple of bits, need some fresh ginger and chilli's for dinner later, doing a home made Chinese. Off, I set but not before having another debate on socks with the lovely Ishbel, remember the last one, The Great Sock Debate , where I was confused with my missing and or holed socks!

Well, after that I bought seven new pairs of socks but these were special socks, they have the day of the week on them Monday through Saturday, my thinking was if I ever for get what day of the week it is I can always pop my shoes off, have a quick look and bob's your uncle, I'll know whether it is depressing Monday or thank F**k it's Friday!
Now, you'll also know by now that there is a fair division of labour in the 'casa stronach'.  Ishbel washes the laundry and folds and puts away anything that doesn't get ironed, including socks and shorts, etc. And I iron everything else, do the cooking, keep the kitchen clean and do the gardens.  Ishbel does everything else. So the conversation went like this;

Me: You know when you put my socks away?
Ishbel: (sighs - loudly) Yes
Me: You know they have the day of the week on each sock, yeah
Ishbel: Yeah, and don't start I put the pairs together for you...
Me: Yeah but, when you put them in the drawer why can't you put them together by days, in pairs like Monday and Tuesday next to Wednesday and Thursday and so on. It's not hard.
Ishbel: Get stuffed


You see, that's when I know I'm right and the argument is won, when Ishbel reverts to the base insults that she has mastered over the last 36 odd years.


Having then won the argument I set of for my walk leaving her to some guy called Mr Grey (!) and saying that I'll only be 30 or 40 minutes.  Now as a reader of the Mr Fat Series  , you will know that I haven't posted for some time, in fact January 28th to be precise.  Don't know why but after 3 years of constant walking and getting down to 19 stone (266 lbs) and going in the right direction but then suddenly I just seemed to lose all focus and have only just, I hope got it back.  But then again I have put a stone (14 lbs)  since then!

I have been out for a walk every day this week and managed to do my target of 11000 steps, so hopefully I am back on track. 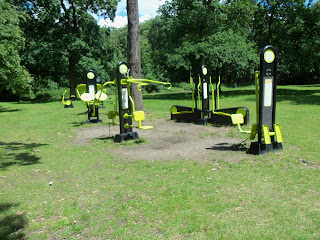 As I said, I only intended to 30 or 40 minutes and then come back and watch the cycling  but I ended up walking for an hour and a half and also spent 30 minutes on the gym equipment in the local park as well, which to be honest wasn't as painful as I thought it might be.  This stuff is only 5 minute walk from my front door and I have no idea why I haven't put it to good use before, but as they say better late then never! And even I can't keep be an idiot, surely?


But of course that put paid to the start of the TDF on the telly, but to be honest, while it really is the 'sporting' highlight of the year for me on telly, the first day is usually the time trial and I really enjoyed my own form of exercise. Rather than resting my butt cheeks on the sofa, again.

Talking of the TDF this is a 'sculpture' in a French motorway service station that Ishbel and I stopped at as we drove around France way back in 2004, paying tribute to the guys on the Pyrenees mountain stage... pretty cool. 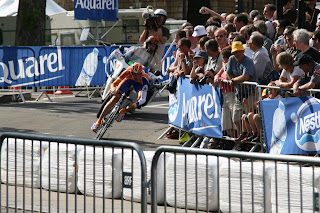 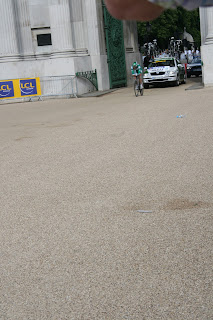 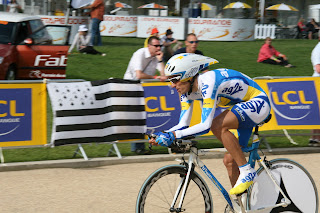 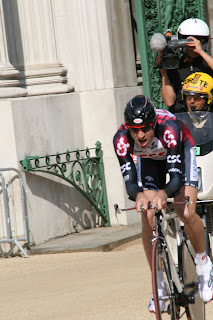 While you don't see as much at the actual event as on TV it is still a fantastic spectacle and Marie my eldest daughter love it.  In fact, back in the 90's, when Le Tour was last in the UK, Marie and I jumped in the car and went down to Ashford in Kent.  If memory serves, we didn't have a great view and they went past at such a speed it was all a bit of a blur and it was over, but it was still a great feeling to have been there, on a stage.


Oh! remember I said I was only going out for a short walk, well anything could have happened to me, could have been hit by a speeding disabled pensioner in their little electric buggy with the go fast stripes, there's a lot of them about, and they need to be fitted with bloody speed restrictors, or the pavement could have collapsed and I could have fallen into a gigantic hole in the ground, some of them are that bad in the area, but of course the council has no money to fix anything, or any other number of things could have befallen me.  But, did Ishbel try phoning me on my mobile to see if I had got lost, or worse, well yes she did, as I walked up the path, still smarting from losing the earlier argument no doubt or was it that Mr Gray was keeping her busy........ 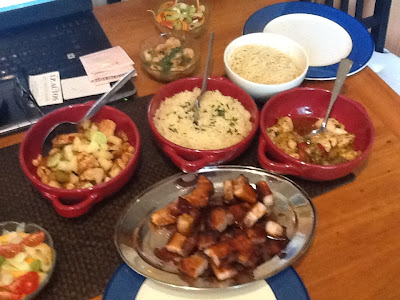 And so, after watching the rest of the prologue I set about making dinner.  decided on home made Chinese today and made:


Chicken with fresh chilli and ginger and sweet chilli sauce
Chicken with Pineapple and cashew nuts
Ginger Prawns in fish sauce
Sticky Pork belly with a honey and soy sauce
Noodles, Rice and a side salad of cucumber and carrot

The rest of the evening has been listening to the radio, while watching young Andy Murray falling over at Wimbledon on the Centre Court as he plays Baghdatis