Well It finally got here, but I suppose if looked at logically it wasn't that long a wait and If I hadn't been the usual dumb ass moronic man it could probably have started a lot sooner!

Have you noticed how much dumber humans and particularly MEN have become since the advent of the Internet and Google (other search engines are available) have become part of our daily lives? We want to know something, before Google we would have asked a friend, picked up a book, visited the local library and done a bit of digging; not any more, whether it's the smart phone, the laptop, the office pc or the tablet open up the search, type in your question and miracle of miracles, your answer appears, unfortunately it is usually wrong!

I did that way back in October/November time and put in my symptoms and was convinced I had a sliding hiatus hernia and I was up in the middle of the night, almost every night with it. It wasn't until April , after seeing the practice nurse for my MOT on Asthma that I mentioned this to her and she said I should really see the doctor, so an appointment was made. It was about a week or so later and in between seeing the nurse and the doctor I lost almost a stone in weight too, go figure.

Anyway the upshot of this was she made an appointment for me in hospital, which I have to say came through pretty quickly and I saw an upper GI specialist. He listened to me and made an arrangement for me to have a gastroscopy which again was done within a week or 10 days. it was at that appointment when little happy doctor who met and greeted me and carried out the test came back down the corridor looking all gloomy that I knew that it was something else, ah well shit happens and he went on after a little humming and hahing, bless,must be difficult for them - that I had a cancerous tumour in my oesophagus.

The fun really started then with the shunting between three hospitals but really for all my grumpiness and my perceived shortcomings, particularly where Broomfield Hospital in Chelmsford is concerned, I suppose all in all April to July for all the various tests and minor ops before into Southend on Thursday just gone to start Chemo, is not too long a wait at all, so I am grateful, even if I don't sound it at times .....

Having made that last comment though it would be remiss of me not to point out that I did turn out, once again, to be the patient from hell on Thursday towards the staff on the Elisabeth Loury Ward at Southend hospital. 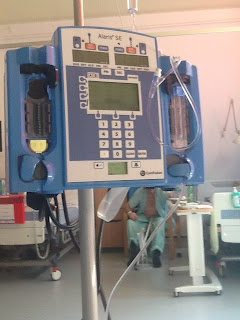 I was booked in for an 8.30 Am appointment and due to stay overnight. As it turns out you get all these drips attached the first one being a little saline solution to clean out, I suppose any dregs of crap in the vain and then they hit you with something called the red devil, which turns your pee red and could make you feel uncomfortable, they tell you. I was keeping folk up to date, even with this and I got this message back from Jenny our youngest, " @jenniestronach: mollie said she is interested to know how you are but not about your pee :-) xx" Mollie, as you know, is the oldest of our grandchildren at 10 and is a handful ......

I should mention that the reason for my grumpiness was that having arrived at 8Am for my 8.30, given a bed I was the pretty much ignored for the next nearly six hours. If I had known that they would say to me once they actually got me hooked up but that all of the drips in total would take around 8 hours to get into me and then tell me as they were doing it that I would probably be allowed out that night, I would probably have asked them during the intervening six hrs of being ignored, to get it frigging started. When they arranged for me to come in they asked where I lived and how I would be getting there, drive or train said I. No, said they, we'll arrange transport. Fine says I ...

Then they tell me I can go home that night after the drips are finished, only problem is the drips won't finish until gone 10 pm and the volunteer drivers who shuttle the patients in and out of hospital don't work until that time, so why say it, really got on my tit.

On the plus side, through you can wander about both the ward and the hospital dragging your drip machine with you as long as you have had it plugged in and charged, as you re wandering about and it bleeps you keep getting stopped by folk looking at it and advising a trip back to whence you escaped from might be in order.... The only timeI couldn't escape was when they put the drip on that then gets fitted with it's own little black bin liner cover. Apparently this signifies Chemo treatment but I thought my description was better and funnier, The Black Death Bag, but as usual my humour was not appreciated, sheesh, some folk... and during all my wanderings hooked up or not I still managed to go over my step target for the day, well no point in sitting around when you don't need to.

Oh, and I did read a book too, Rock and Roll Homicide by RJ McDonnell which I will be reviewing shortly. I enjoyed it. It's about the investigation into the murder of a just about to hit the big time rocker who puts on his sound excluding head phones to listen to some tracks he has just laid down, switched them on and oh dear, bang boom no head ... No kidding, but it was good

So, had all this chemo, stayed in overnight, mind you they pumped me up with steroids too and I was still strolling round the hospital grounds and corridors at 2Am and was expecting the worst feelings to be attacking me with all the doom and gloom info you get from the oncologists and then the specialist nurses in the pre chemo consults and do you know what, and I do realise that they have to give the worst case scenario and that I have only been on it three days but I feel bloody great.

I haven't been eating well at all over the last seven months as every time food has gone near my mouth I have been gagging and choking and poor Ishbel has been panicking a bit, mind you so have I and even managed to throw up a couple of times, but since Friday no gagging, nada, nothing and I think I ate more in the last couple of days than the last couple of months, so a good start let's hope it continues.

I am back in the day treatment centre in 20 days for my next session of intravenous and then three weeks of pills and then the cycle starts again for a final three weeks and at that time I suppose it is then back to Broomfield for the hackers to get there knives and laser cutters in to chop it out, then back for another 60 days of chemo all being well I should be fine by Christmas and looking forward to cooking the usual mammoth turkey for the family, oh joy ......

Talking of food, this is the hospital menu and very tasty it all looked too. But, and bearing in mind I have had this gagging reflex I thought I would go easy so ordered mushroom soup for lune, nothing else and then the Shepherds pie for dinner. 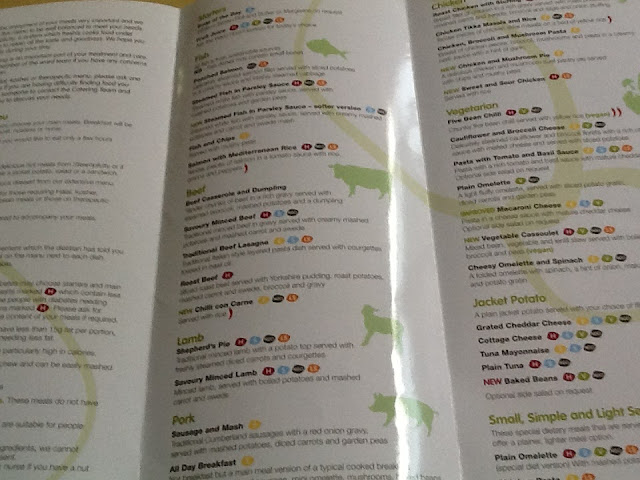 the mushroom soup was passable, just, the shepherds pie was ....... 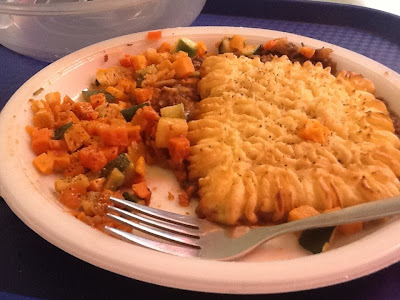 So to make up for that horrible site, her is a butterfly from the garden this morning 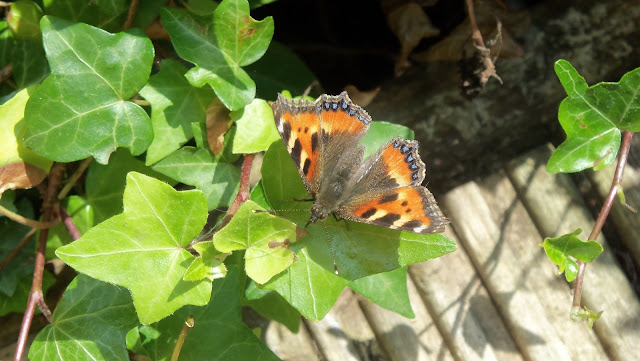 And here is a wood pigeon trying to be a contortionist and going to do itself and injury in the process.... 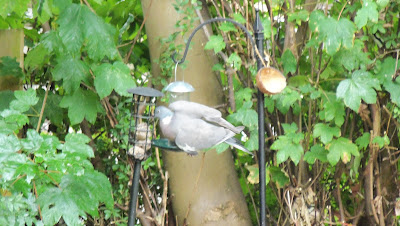 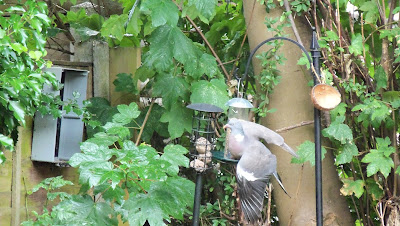 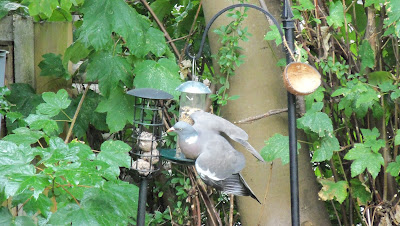 Oh and I forgot to say to all my Family and friends, Thanks for your Love and support.... but I think these guys say it better than me

crank up the volume

And to answer my Delicious darling @PennyRomance , this is how WE feel today, apparently the photo is to large for twitter

Thanks my Sweet xxxxx 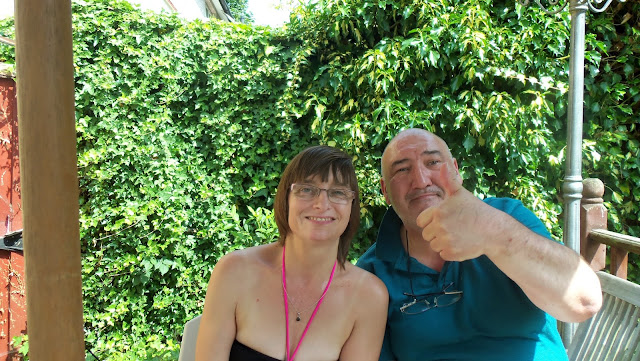 Update: was sent this interesting info-graphic resource on the affects of Chemo check it out, from;