Super Heroes, Sporting Heroes and ME!

At school today, they were given three questions to answer and give reasons why...

Apparently Holly is being more than a little reticent in telling Mom and Dad who her choices were, at 6 years of age, reticence is something she is not usually so familiar with, as she normally never shuts up, but we love her to bits all the same and sometimes just that little bit more when she finally gets put to bed, but even then she normally battles with and wins against Mr Sandman for an hour or so....

Charlie's heroes, he told his Mom were and in no particular order that I know of, were: 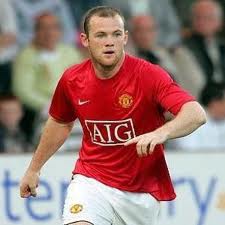 Sporting Hero;  Mr Wayne Rooney, of Manchester United.  I've no idea when it comes to footballers, as you know I am not a big football fan, so I bow to Charlie's superior knowledge in this! 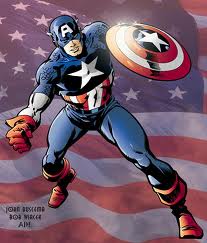 
Family Hero; Couldn't believe this when Marie told me as one would have expected a six year old to say his dad, sorry Peter, but I am sure that you are just as much his hero as I apparently am.  Yes folks, my 6 year old grandson, Master Charlie Kennedy, told his teacher and his classmates that his Family Hero was his GRANDDAD..... Now how cool is that

But before I get to carried away, apparently the reason I am his hero, at the moment is because: 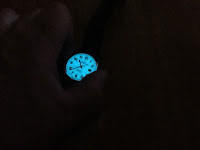 So, I won out over dad because I was a soldier and because I have a digit less than his dad and probably because, when I go, which he tells me he hopes, will be a long time away, I have promised him that he can have the very cheap, but very reliable Timex watch that I am always wearing and that when you press the winder, the face lights up, and he, Charlie, just loves that watch. So, for my Hero Charlie it shall be his, but hopefully not for a very long time, and I hope he will still want it to remember his old nine fingered granddad by.....

CHARLIE KENNEDY - YOU ARE MY HERO TOO 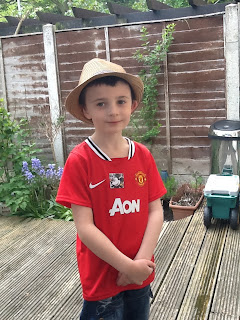 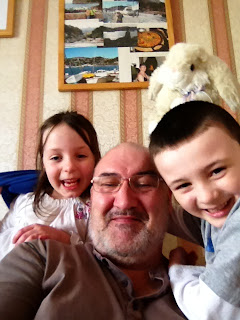