Had a good day on Saturday after our first full week back at work, and that was tough.

Even before I got out of the car on the Monday back, I had a female tenant almost banging on my window to tell me what she thought of the contractors we have engaged for the £11 million pound redevelopment of the Centre I manage, which incidentally, mirrored my own thoughts on them, but we are half way through the project so I am stuck with them but that's another story.  The week didn't get much better.  I had left, having arranged for my plant contractor to discuss with 'god' from head office, the matter of a replacement boiler.  He had humphed and hawed over this, about a £12k outlay and decided he wanted to speak to the contractor himself.  They met, he told me that he accepted what I and the contractor had said but had decided he wanted to have a full M and E inspection carried out on the plant room.  I reminded him that I had been asking for this for years, so fine, get on with it.

I knew when he got it he was going to be even more of an unhappy bunny as the independent contractor HE engaged came back and told him what I already knew;  Your plant room is so old even Noah wouldn't have it installed in his Ark and it all needs to be replaced as does the heating system to all tenants offices and we can do this for between £350 to £400k .... I sent him an email and politely asked if I could have my £12k boiler.  I think he is still picking himself off the floor

So, the weekend couldn't come quickly enough and apparently Ishbel's week wasn't great either but the bright spot for her was getting back to work and finding that her boss had taken the week off which somewhat extended her holiday feeling, hurrahs all round .... 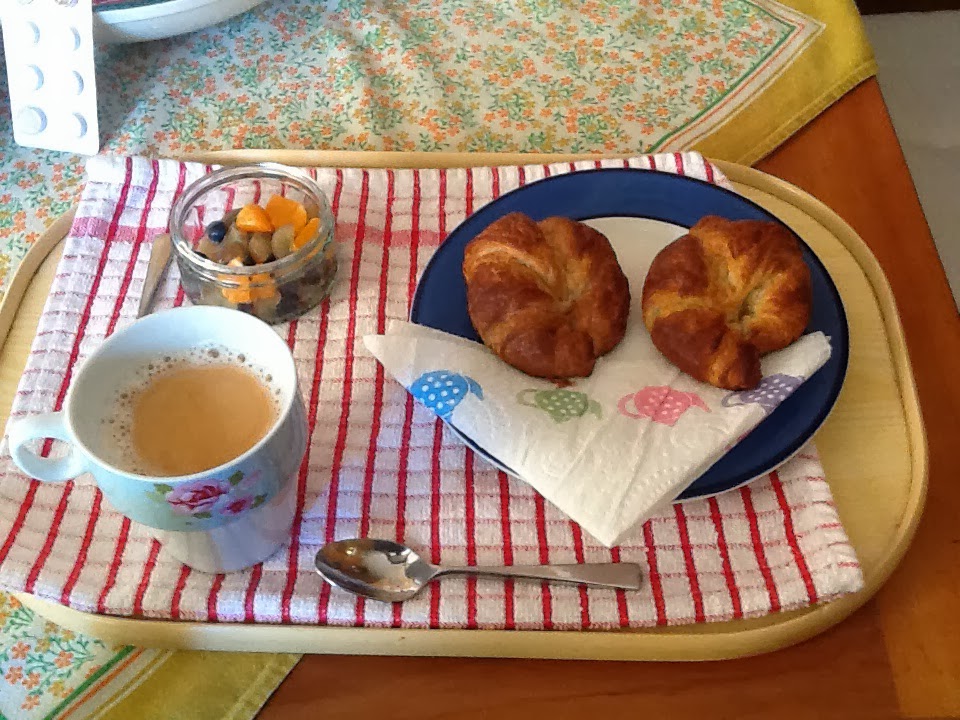 So, started off yesterday with me getting up after another fitful night but the thing is I think I am so used to them now it doesn't really bother me that much. Had me brekkie, muesli and fresh fruit and then took the goddess that is Ishbel her breakfast in bed, still with no fixed plans in mind. As I pottered about I found vouchers that we got from Ishbel's brother David and his partner Yvonne for Christmas - That holiday just keeps on going for us as we used other cinema vouchers we got from Marie, Peter, Holly and Charlie last weekend to go and see the Monuments Men and the day before that we had a Spa day courtesy of Xmas vouchers from Steve, Jen and the girls - for a meal in Carluccio's Italian restaurant.  Normally, we would just pop along to Canary Wharf a magnificent visual and beautiful collection of modern high rise buildings of offices, shopping and landscaped gardens in the heart of the old docklands area of London and eat at the restaurant there.

Yesterday we decided to pop into the West End and Covent Garden, never understood why it is the West End as it is on the East side of London, but never mind. We drove in but it was so busy parking was difficult to find and we ended up in one of the private underground car parks who were shoe horning cars into it, but at least we got parked.

After a short stroll around we dropped into Carluccio's on Garrick Street which, as usual for one of his restaurants was just buzzing and there was at least a twenty minute wait for a table. Not to worry though the food shop, there is one with every Carluccio's, had bar stools and a counter top and you can browse and buy or have a drink..... What do you think Ishbel opted for, clue, it was red and large ....... and while she sipped her wine we perused the menu

After that it was only a 15 minute wait before we were called to a table and settled down. As busy as it always is, service is always prompt and efficient, 2nd glass of wine ordered for Ishbel with a bowl of mixed olives and bread with oil and balsamic.  Ishbel ordered the goats cheese, roasted peppers and Parma Ham for starters and Sea Bass for mains I had mushroom and ham soup for starters and pasta with fruit de mere for mains. The food is always excellent.  All in all we were in there for about an hour and a half and then it was time for a wander round Covent Garden.

If you have never visited this area of London it is so worth it, it is is always thronged with folk visiting the many covered markets and restaurants within the 'Garden' area and there are always street performers littered throughout entertaining the crowds.

Ishbel renewed her Whittard's Tea caddy from their shop in the Apple Market and there is always plenty of tea or coffee on the go to taste before you purchase too.  We then spent some more time watching the street performers and visiting the various halls but by then I was beginning to wane a little and my bod was beginning to ache.

So,we head off through the rear entrance to the Royal Opera House stopping long enough to purchase tickets for a March performance of Tchaikovsky's The Sleeping Beauty by The Royal Ballet, can't wait, then it was back to the car and the short journey home for a relaxing evening.

I should point out that it is probably safe to say that as well as my body deteriorating the deterioration of my mind seems to be speeding up faster..... We went to Carluccio's as we had those £50 vouchers, I forgot to use them. Then today, I popped in to the supermarket for which I had vouchers too ....

You know the rest,  but at least I found my way back to the car and home, so at least that is something #idiot 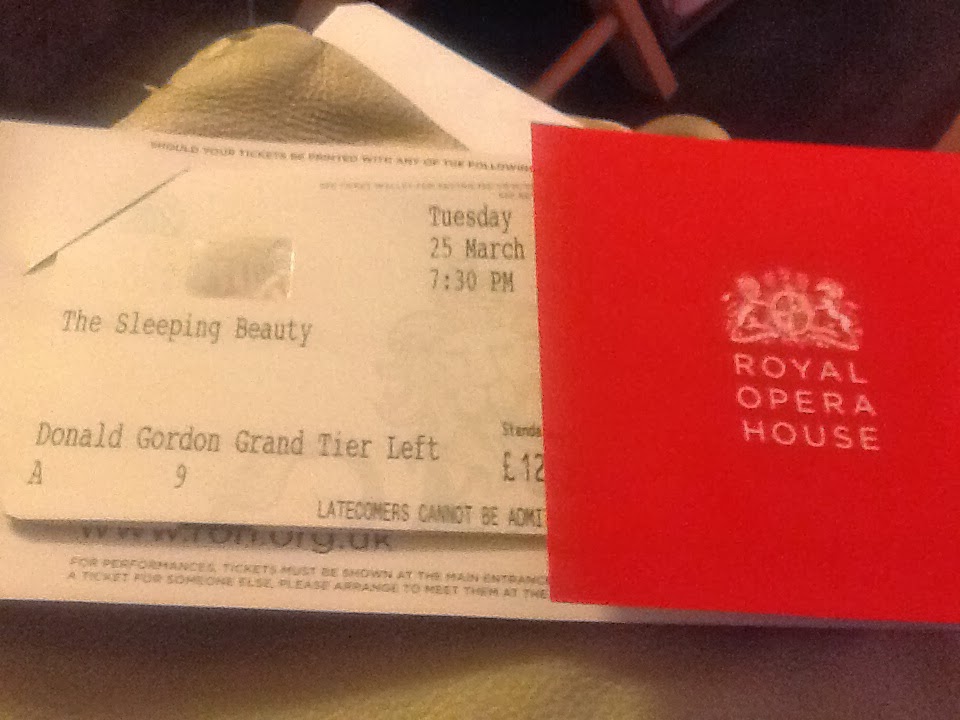