Dinner and Ballet at The Royal Opera House

So, you'll recall I mentioned that Ishbel and I travelled up (you always travel UP to London, no matter where you are in the country!) to London last month, that time where we had intended to go and have lunch at Carluccio's restaurant in Covent Garden, that time where we paid for lunch instead of using the very nice Xmas gift of restaurant gift tokens from Isabel's brother David and his partner Yvonne....  Anyway before we left Covent Garden we popped in to the Royal Opera House to see what was on and upcoming events and decides to purchase tickets to see The Sleeping Beauty. 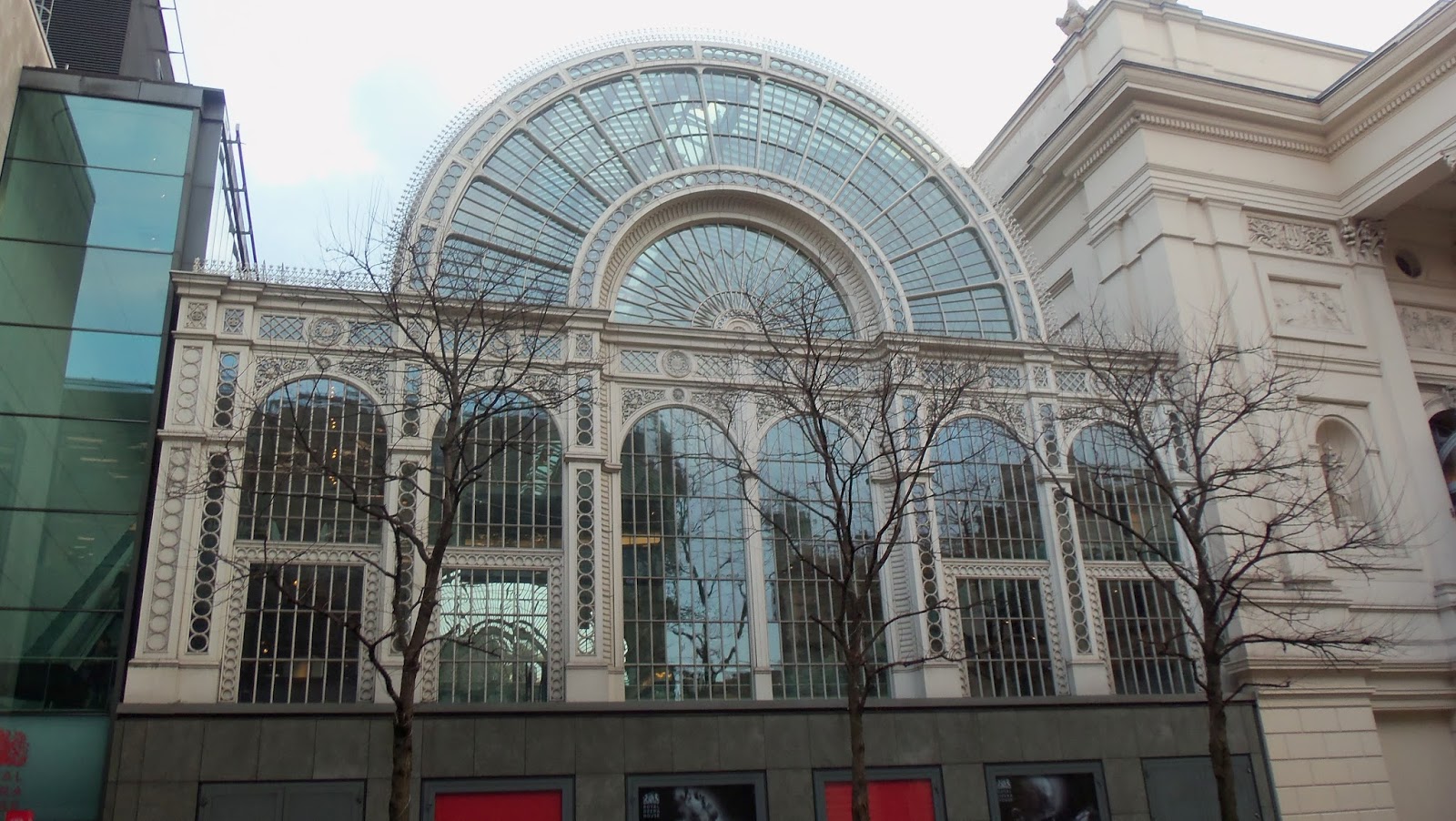 Now we know that Ballet and Opera aren't everyone's cup of tea but I have always, well since I was around 18 and was attending an event in Charlottenburg Palace, Berlin, well when I say attending that's not strictly true, I was in the British Army, posted to that fine city, and coincidentally that's where I met Ishbel too, but I digress.  Anyway I was on duty dressed up in my parade uniform with Cock Feather on display in my Glengarry and the music for the evening was classical.  My first introduction to it, and there was also a short opera piece as well.  I never understood a word of it but the music was absolutely wonderful and the melodious tone and strength of the voices of the singers gave me goosebumps. Its a bit like some modern music today also, sometimes the lyrics just wash over me and I have no idea what they are singing about, not even picking up on the meaning of the song but, the sheer beauty of the voice and the tune and arrangement of the music just make me want to immerse myself totally in the voice and the music and leaves me quite sad when it ends and I find myself pressing the replay button until eventually I have to tear myself away and get on with my day ......  but enough of that I may do another post on all of that another time. 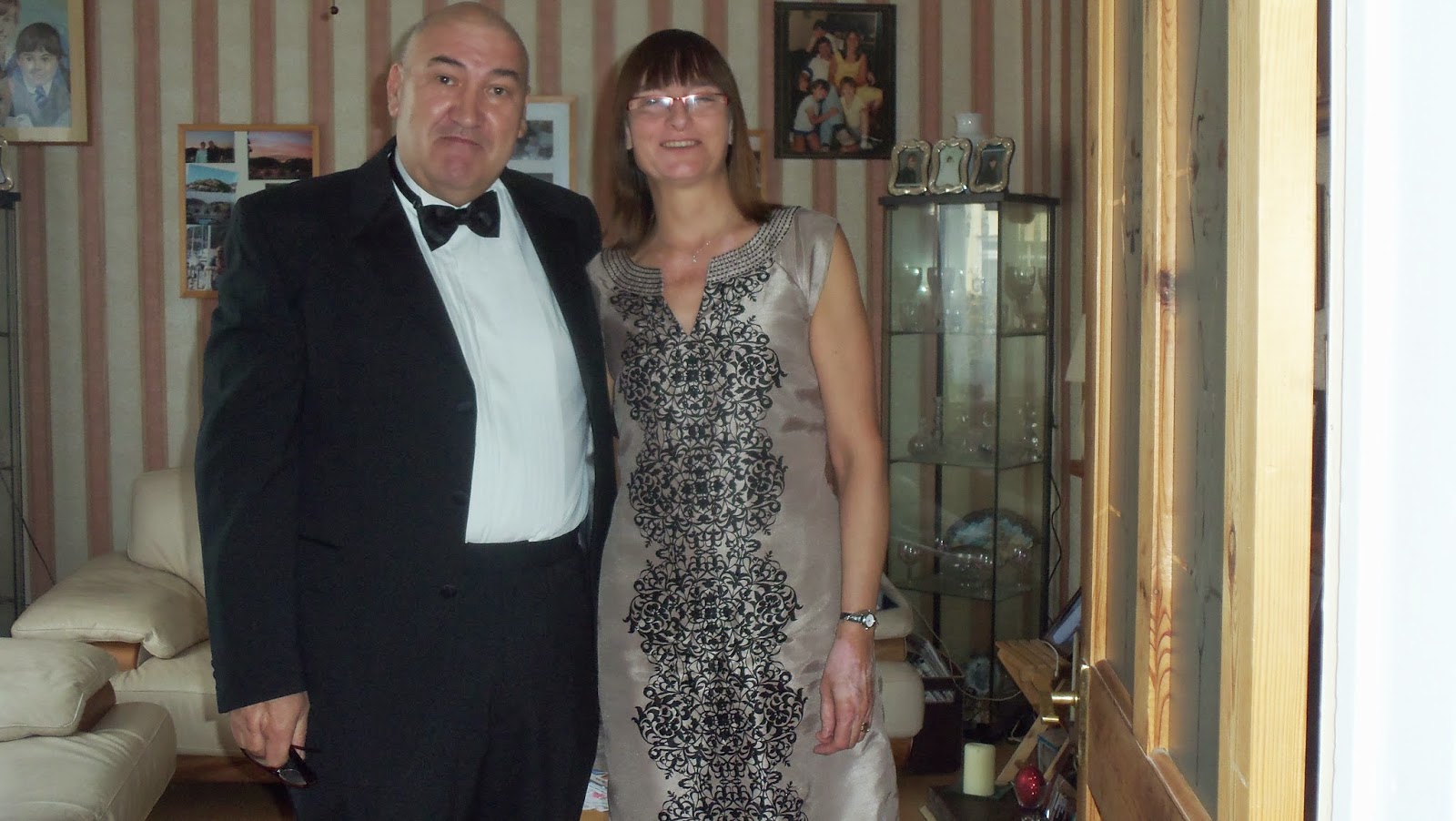 So, back to the night in hand.  Times have changed when attending places like the Royal Opera House , once the preserve of the rich and famous and those supposedly more cultured than us common peasants or plebs, when it cost you an arm and a leg for a ticket and you had to dress up in evening suits and gowns and the ladies would be in the latest haute couture with their diamonds and pearls on display.  No, it's not like that that at all these days, tickets are available at a variety of affordable rates and there is no need to dress up to the nines and restrict yourself in a corset and tight fitting suit, I mean gown, of course I don't need a corset (sheesh), many folk there on Tuesday were in casual clothes and indeed jeans were a common site too. Having said that, Ishbel and I do like to dress up for an occasion and as we decided that this was going to be an early 38th anniversary present to us, from us ...... so as you can see above we did make a little bit of an effort. 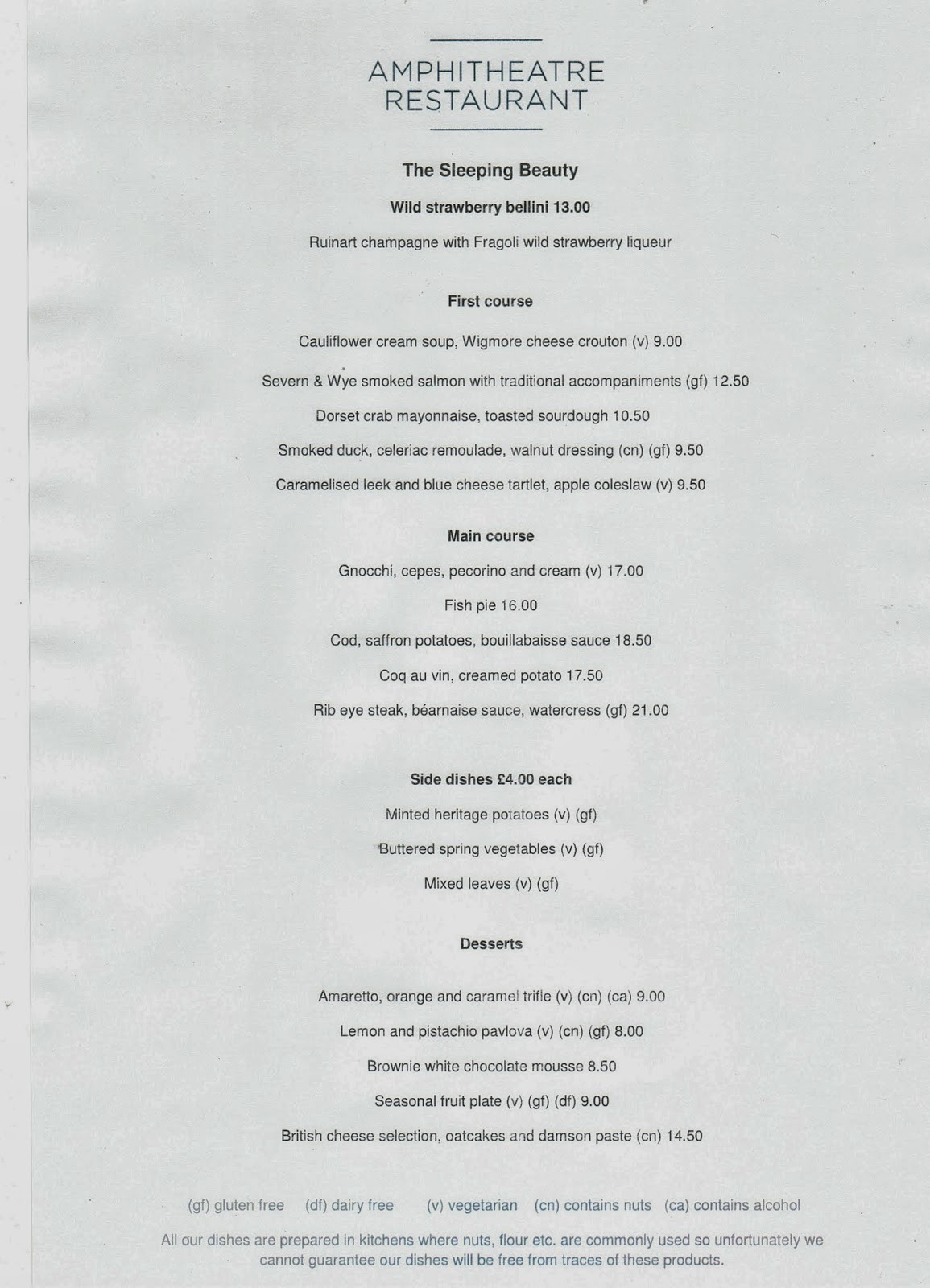 We started off the evening with an early dinner reservation at the Amphitheatre Restaurant within the ROH, there are a number of restaurants here and you can choose any one of them.  The Amphitheatre is really excellent and is available to ticket holders only on the evening of a performance and the table is yours throughout the night.  You can have starters and a main course before the performance and then pop back for dessert and drinks during the interval and if you have ordered wine with your meal the bottle and your dessert are waiting for your return, on the table. 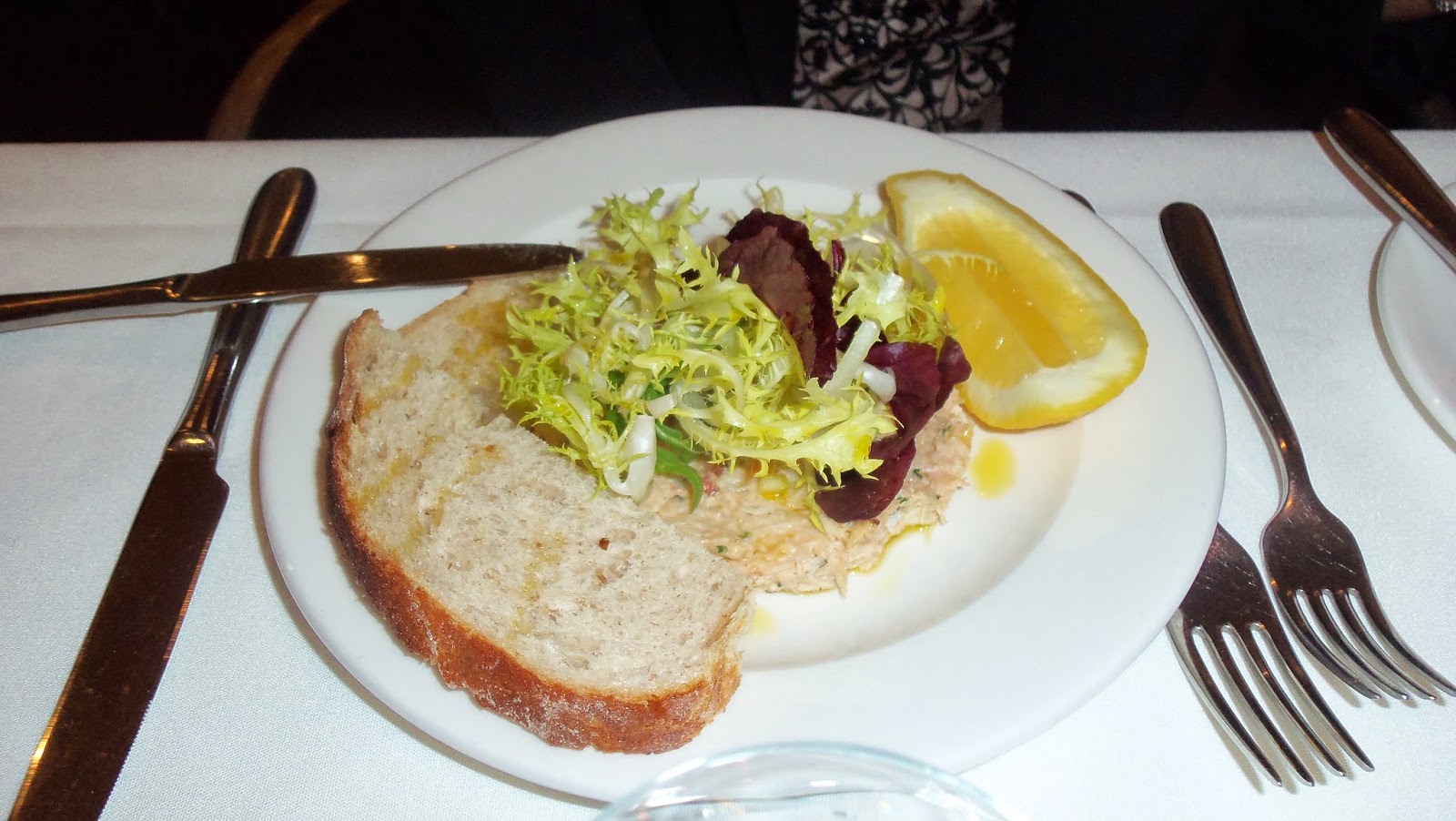 The menu is varied and excellent and really good value at London prices, considering the very excellent service from the waiting staff, the quality of the food and the ambience of the setting.

We both had champagne to start with, a glass, not a bottle, opting for champagne and not the 'Wild Strawberry Bellini' from the menu. Then Ishbel started the meal with the 'Dorset crab mayonnaise and toasted sourdough'. Ishbel followed this up with the 'Fish Pie', she does like seafood and I thought she might have opted for the 'Cod, saffron potatoes and bouillabassesauce' but no it was the 'pie' which I am assured was absolutely delicious.... and it did look scrumptious.

When eating, let alone eating out these days, I really need to be careful as you know this 'wee' tumour is causing me all sorts of problems not least of all in the eating and digestion department and the reflux and gagging reflex can be pretty bad.  Ishbel has learned now to keep her hands and wrists well away from me at these moments as I grab her and crush her hand as I grip for dear life during one of these attacks.  But having visited with the registrar last week, you'll recall him, I know Ishbel does, 'Handsome Ewan', he upped one of my meds and it does seem to be giving some amelioration to my wee problem. 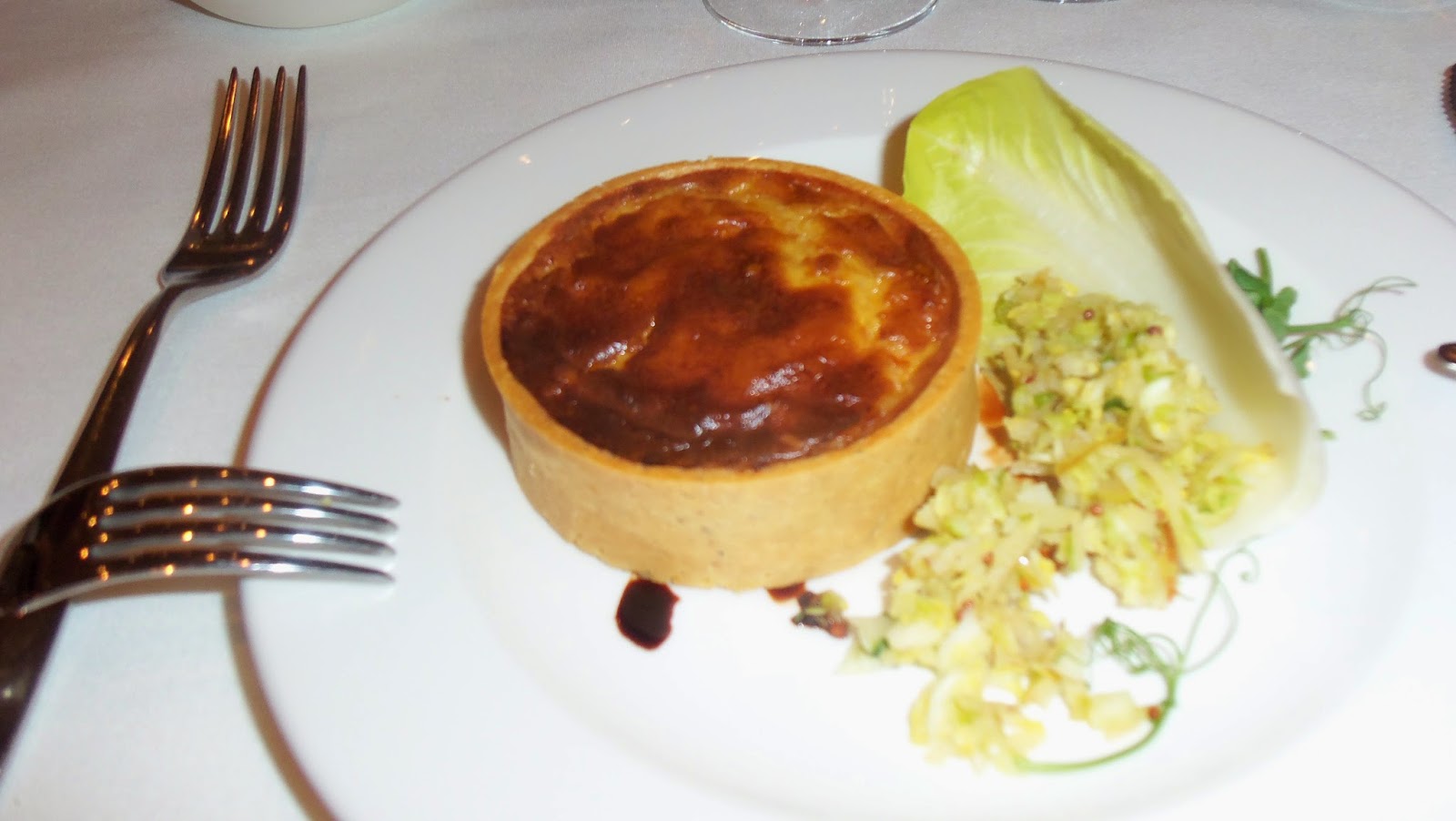 So, I started of with the 'Caramelized leek and blue cheese tartlet and apple coleslaw'.  Gawd,  it was to die for, absolutely deliciously tasty, to be honest I would quite happily have settled for another one or maybe even two more of these, they were that good.

For mains I opted for a medium rare, 'Rib eye steak, bearnaise sauce', with minted heritage potatoes. The steak was cooked perfectly and as long as I cut and nibble small pieces, I am fine and so thoroughly enjoyed this too, and I was too busy cutting and eating to photograph it, sorry.....

There was still a half hour before the start of the performance but we elected to save desserts until the first interval, so we made our choices and then enjoyed another glass of the excellent wine we had ordered and some more chat and of course some people watching!  Because Ishbel was having two seafood dishes we opted for a white rather than a red to go with my steak and white with leak, even although blue cheese is deserving of a good sturdy red or even a port, white is just as fine... so we had a bottle of Châteauneuf-du-Pape white, which while not as good as the red was very tasty indeed.  And for those of you who like useless information, translated,  Châteauneuf-du-Pape means, 'The Pope's New Castle'.

For dessert Ishbel had ordered 'Amaretto, orange and caramel trifle' along with a glass of Disaronno amaretto on the rocks, she does knock it back when she gets going, bless and I had the truly magnificent 'Lemon and pistachio pavlova' I truly was in heaven and the wine was an excellent accompaniment to that too. 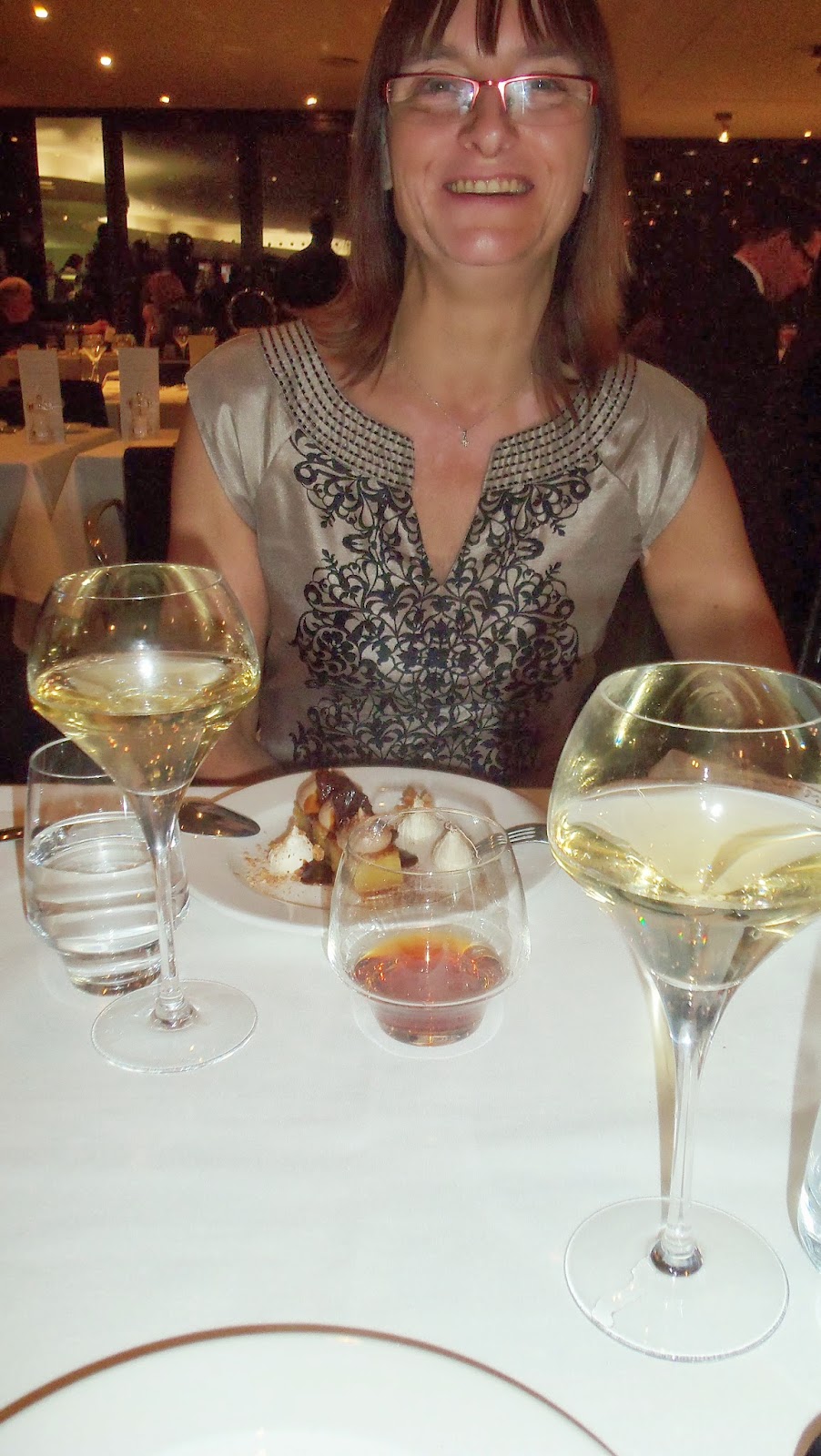 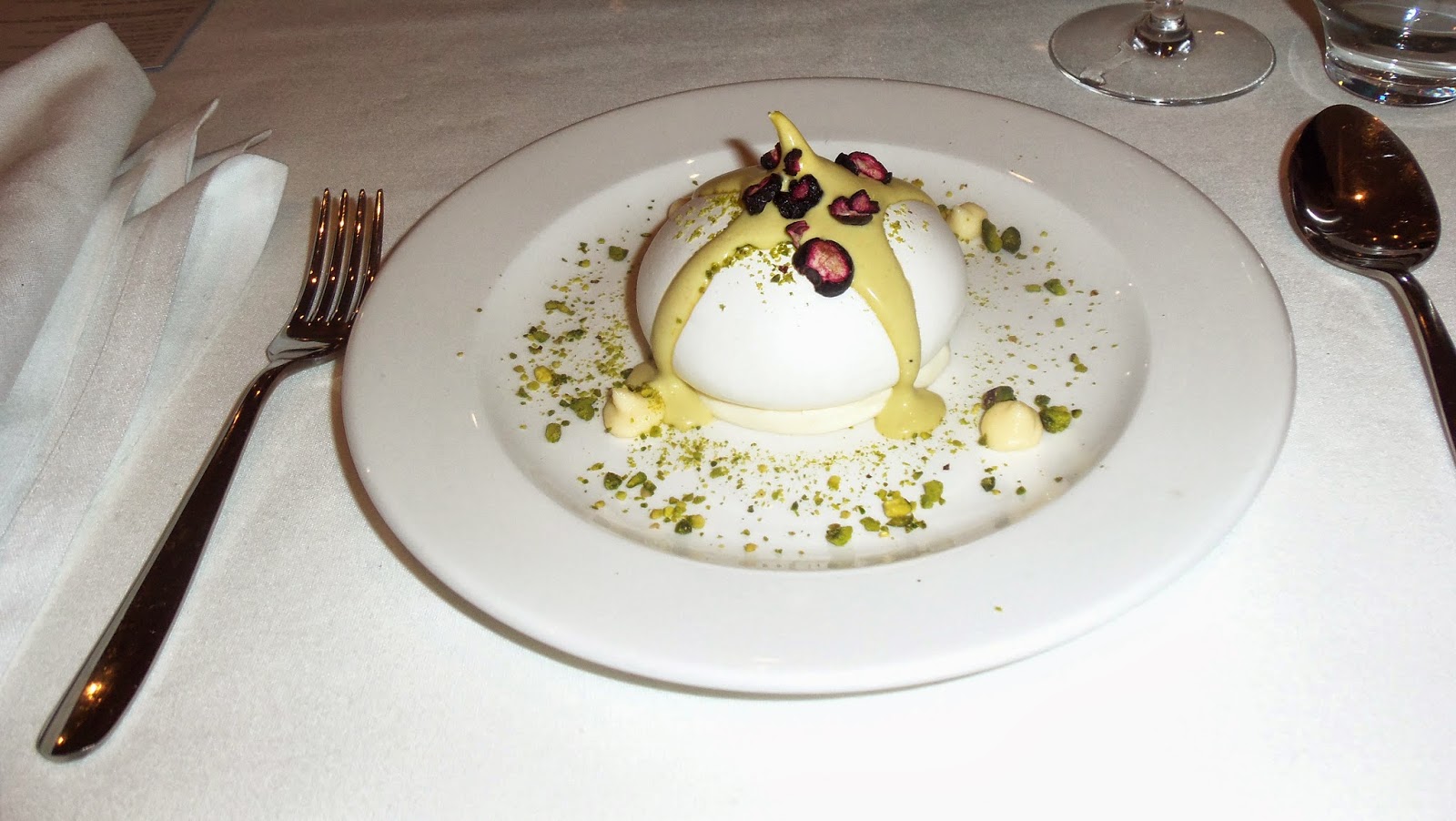 It was then off to the performance; 3 hours with 2 intervals.  The only downer to the ROH for me at least and maybe it's because I have a large bum!, is that I have never found the seats particularly comfortable and I fidget, but once the orchestra strikes up with the opening bars, I normally settle down as I did on Tuesday to be assailed by site and sound of performers at the top of their profession.

The whole performance, from members of the Royal Ballet and the Orchestra, was truly wonderful and Vadim Muntagirov had, I believe, his debut at the ROH that evening in the role of Prince Florimund and was just wonderful and of course Yuhui Choe, who had been promoted to the role due to injury to Natalia Osipova, as Princess Aurora The Sleeping Beauty gave an impressive performance, as did the rest of the performers.  I noted however, bearing in mind that Ballet and Opera, while no longer the reserve of the hoi polloi, there are still some snobby gits out there and I saw one comment on a social media site complaining that she wished she had known that Miss Choe was replacing Miss Osipova as it would have given her the opportunity to sell / get rid of her tickets, dear, dear me ....... 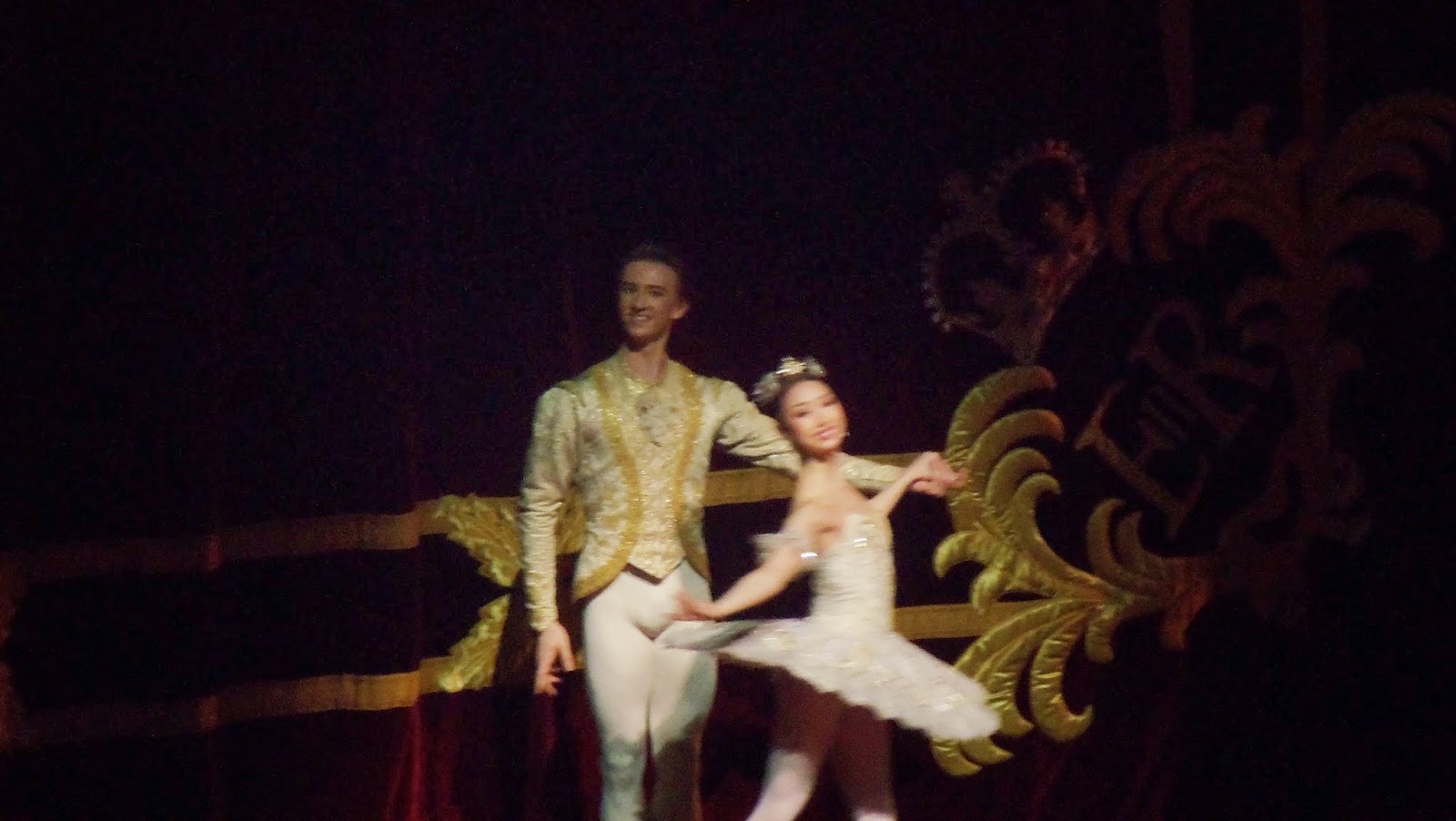 All in all, a truly wonderful night and a special mention to Carlos B, our waiter for the evening, who couldn't have been more attentive and helpful. 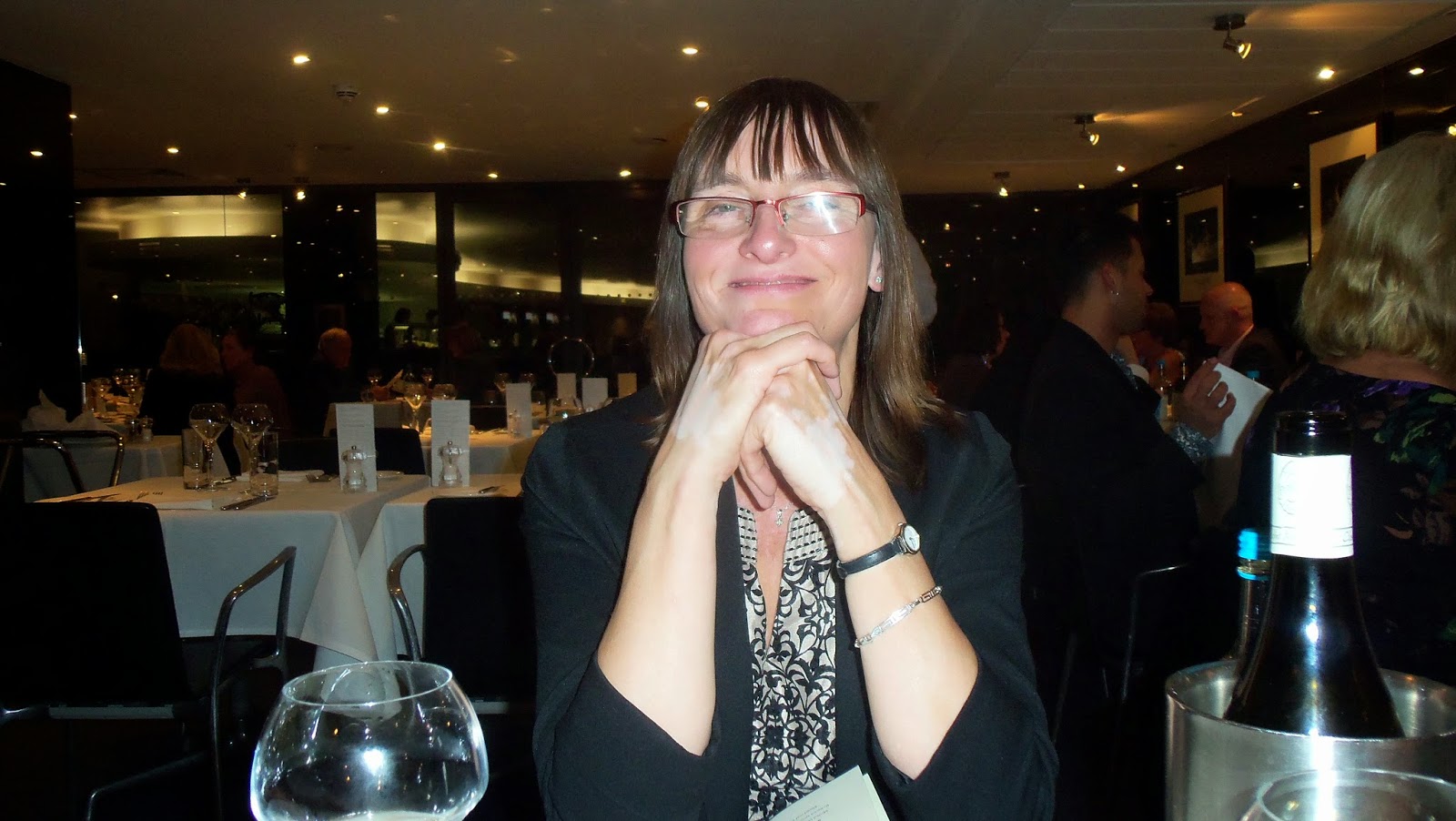 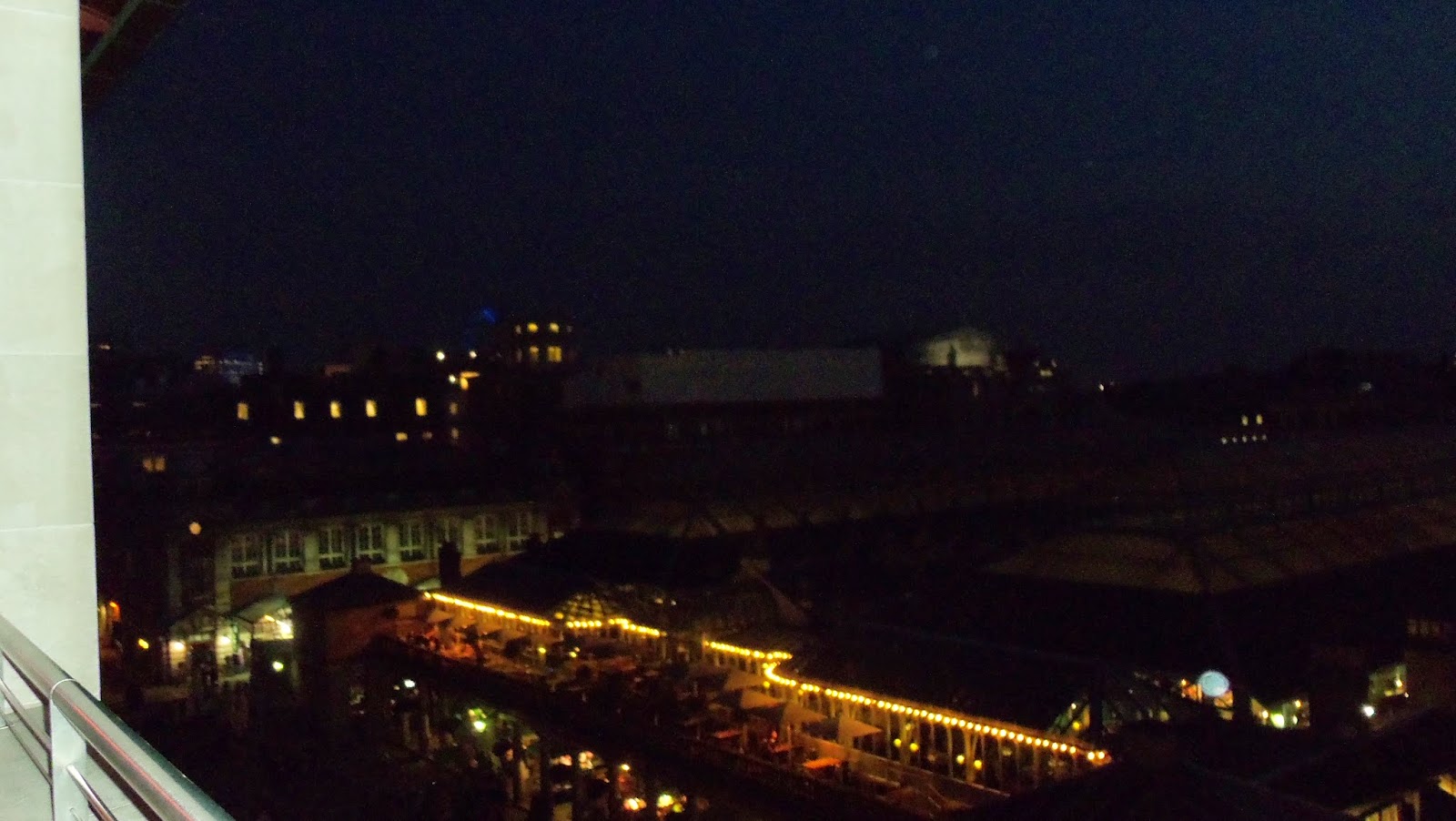 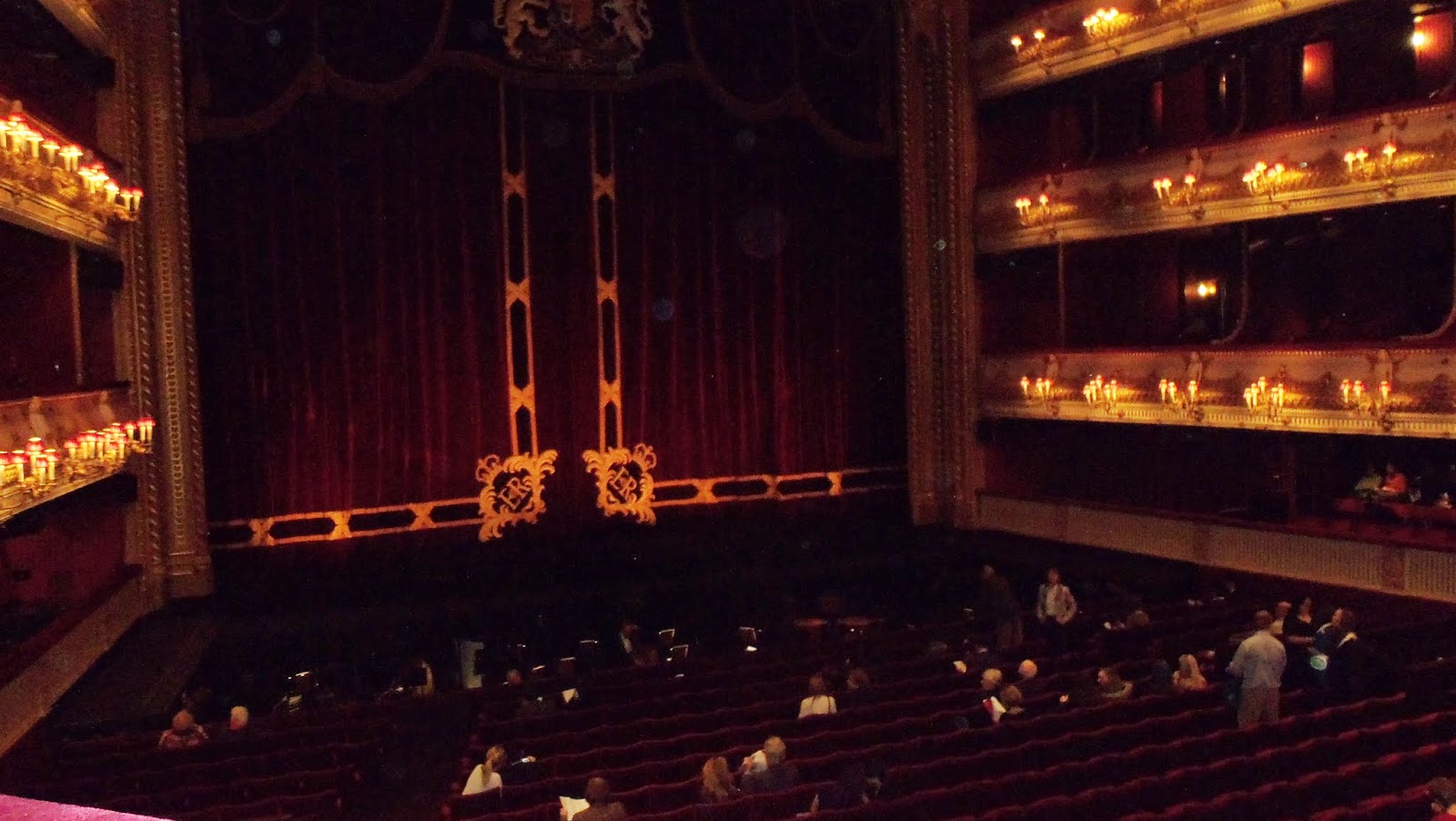 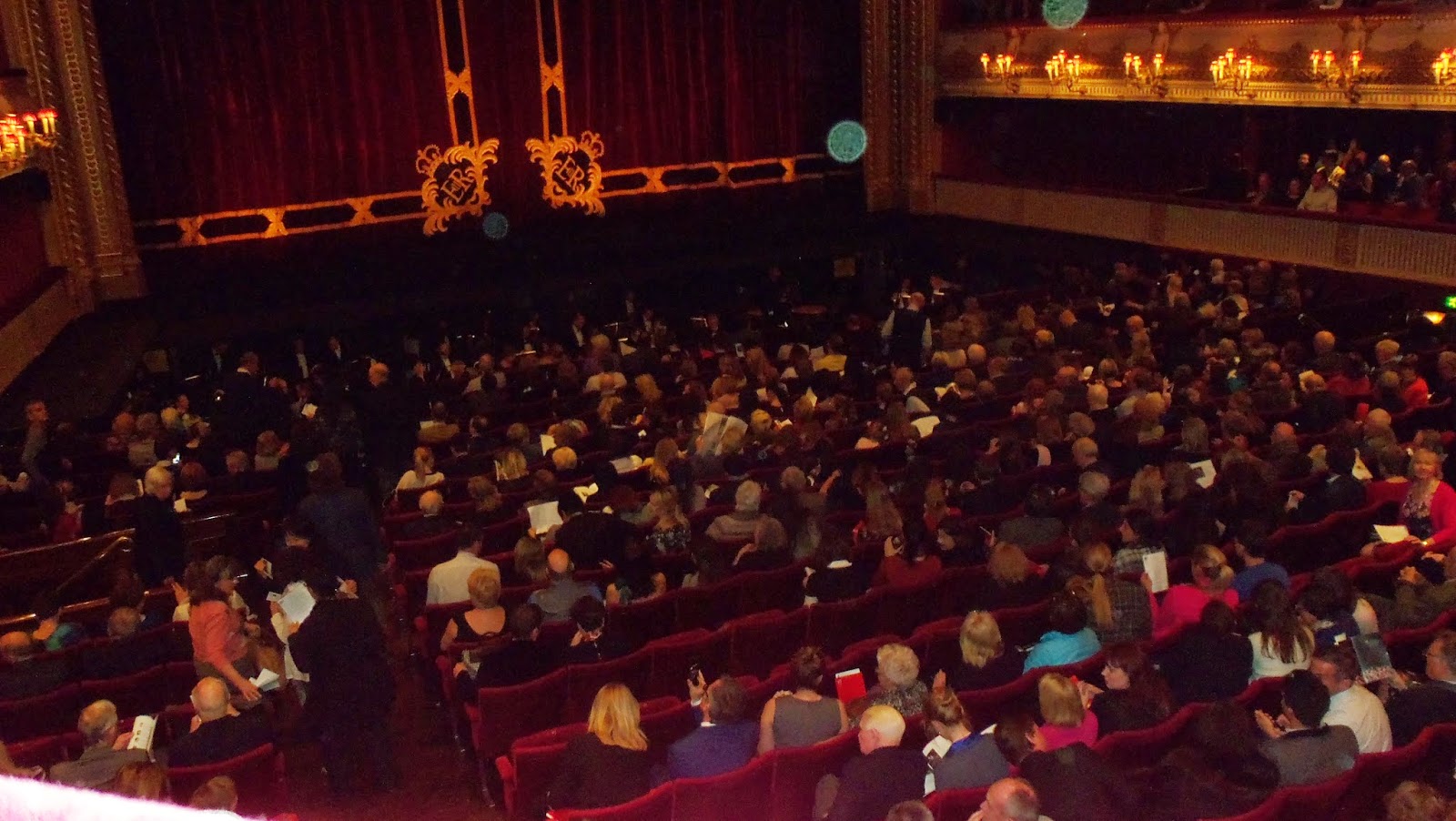