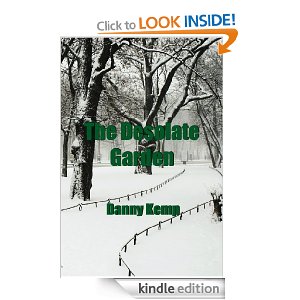 Liked and loathed this book!

When reading on my Kindle it is easy to make notes and highlight passages and excerpts in a book and I have even started doing this as I now write these reviews when reading a 'paper' book.  It's easy then to go back in and review what I thought at the time

Up until now, the number of notes and highlights have numbered no more than 15 and they have been more in marking interesting phrases or passages than errors,  on this particular book though, if you have an absolute abhorrence of poor grammar and spelling you just might wish to avoid it as I have 63 highlighted spelling and or grammatical errors with a couple of formatting issues thrown in for good measure......  You have been warned.

Having said that the author, on his first attempt did write an intriguing novel. It revolves around the Paterson Family who have been the British Governments Secret Bankers for generations, funding everything that the governments of the day would rather the public did not ever find out about.  The management of the bank is passed on from generation to generation and only the highest echelons of government and ministers are aware of its existence.

Harry Paterson an ex Army officer is informed about his fathers murder and then his brother, the latter who is running the bank today, is also found murdered. Is this an attack on the Paterson s, a titled family, an attack on the bank or an attack on the Government? Who knows, Harry certainly doesn't  and he has little or no knowledge of the bank or its affairs and has been estranged from his father for years and on first hearing the news of his death shows little concern at the news, caring little for the fact that he is now elevated to 'His Lordship' at his fathers passing.

There begins an investigation by the Secret Service with Harry being assigned a 'minder' whose job it is, is to get Harry to tell her everything about his Father, Maudlin Paterson s past and what he knows of it.  Nothing is to be excluded.  Every detail of their lives is to be scrutinised in the hope that the identity of the murderer can be discovered before another Paterson is killed.

It does get a bit convoluted in places and the 'action' switches from Harry's interrogations to Russia as we find out that Maudlin fathered a child to a Spanish woman during the civil war and they fled to Russia at Maudlin's insistence, the mother dying, and Harry's half brother growing up and becoming one of Russia;s top officials and a spy, funded by Maudlin and the Paterson Bank......

This is, I understand Kemp's first book and not withstanding my opening comments, he has done well in stringing  a long and convoluted story together.  It does become a little tedious in places but if you can stick with it, it is a good story and has a surprising revelation as the killer in the final few pages, really never saw it coming which is always a good indication and promising for future books.  If you can be kept guessing right to the end then the author has done what he or she probably set out to do when penning a thriller.