Is it Me? Football Club Administration

By now, most of you know me and some of those who do, if not most, have, at one time or another asked the question, "Are you dumb, or what?" Well the answer clearly is, yes, I am. 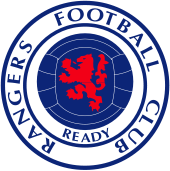 What The F, I hear you asking, why is he suddenly admitting to being a dumb-ass.  Well, I'll tell you.  Lots of things are getting up my generously proportioned snozzle at the moment and I shall probably do a couple of posts this week on them, but one that confounds me is the latest Football (soccer to you Americans ) Club, Glasgow Rangers,  threatening to go in to administration.  It's not the thing about a club declaring bankruptcy that puzzles me, it is surprising that more aren't, with the cost of their over inflated wage bills for prima dona's whose one talent is kicking a ball, with money garnered through turnstiles and merchandising and TV rights never matching their running costs, no, it is the fact that as soon as 'administration' is mentioned we hear that ubiquitous trumpet call for the deduction of points.

If you get the most points you win a prize, top of the league you are competing in, entry to various other competitions, and again depending in the league you are in, a huge chunk of money from the football association for TV rights.  But if you do not get the points, you can end up being relegated to a league below that which you are in, and of course this has an impact on the clubs financially so I have never understood why, when a club who have been mismanaged by it's owners, the various league associations penalise the club by deducting points that could send the team down into the next league and thereby increasing the financial dilemma that they are in. But, ultimately it is the fans who are really being punished, the men and women and children who steadfastly support these clubs every week at the turnstiles buying weekly tickets and expensive season tickets and merchandise and who are passionate, unlike me, about their football, and the people who have mismanaged the clubs, the supposedly super rich owners,and the prima dona's who kick a ball, they walk away, still rich, but untouched by the effects of the administration, where is the sense in that, I just don't see it, but them I am dumb, right.....
Posted by Unknown at 10:49